i want you!
asshole
thing in a box
happy anniversary

August 19, 2013 - 04:34 PM
build | paint | play - my hobby blog
Obviously I haven't been updating this site very much. Pretty much all of my hobby progress has been catalogued over at build | paint | play which started at the same time I made my last post here. Sorry 'bout that.

I do still update the movie section each year with our Video Race entries, and the arts section when/where appropriate... Which reminds me that I've got a couple things I could add there.

June 23, 2011 - 06:26 PM
dystopian wars: fsa fleet
Since coming back from Adepticon 2011, I've taken a break from 40K by slowly and steadily working on my FSA forces for Dystopian Wars. I started with the FSA box set and carrier, though the carrier's since been pushed to the backburner. By the time I got to it, I was sick of painting ship hulls. I'll probably tag-team it with the Dreadnaught when I get one. Currently painting up the five bombers when I'm not working on terrain (see below), though I'm not as enthused about them as I was the Lee Scoutships (both in game and aesthetically). The airships are just so damn cool. 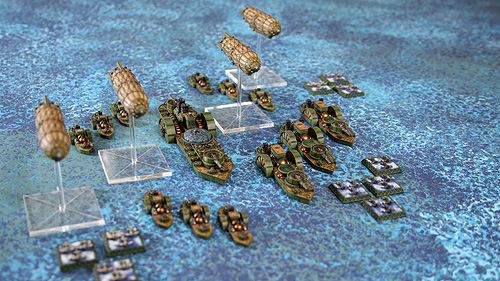 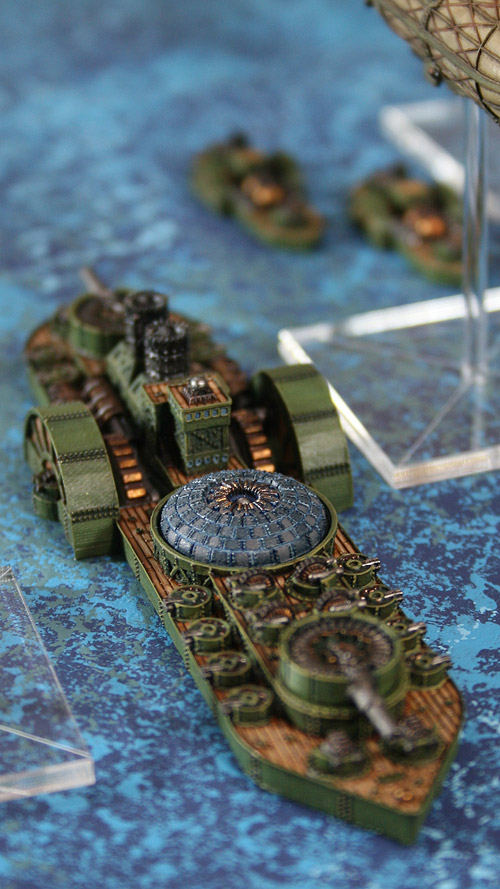 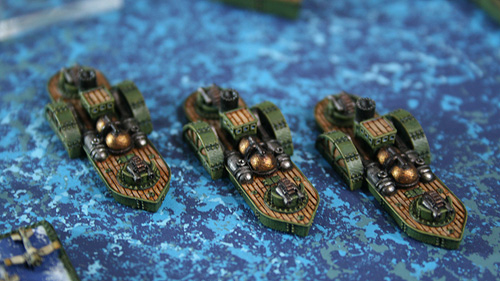 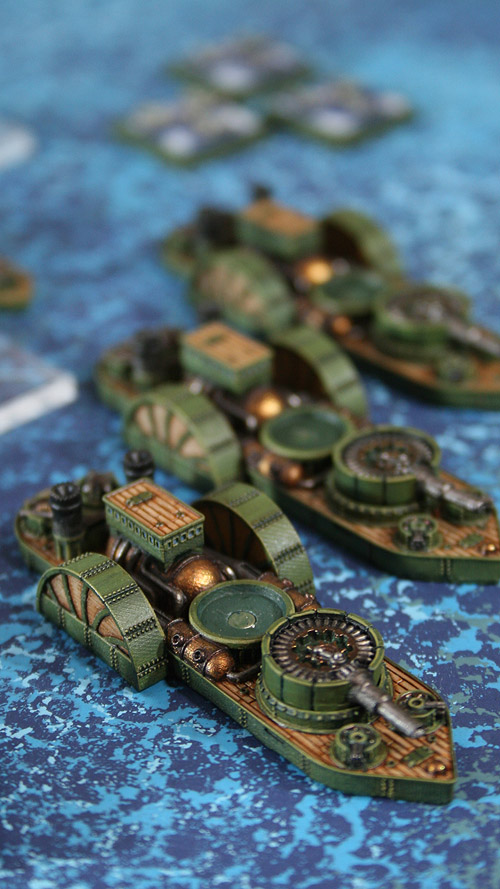 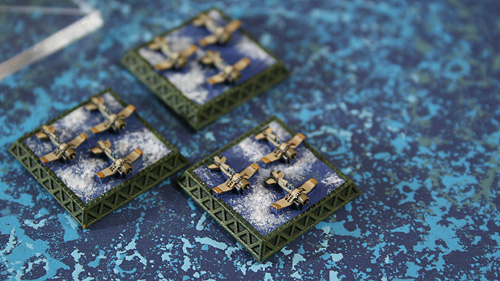 FSA Air Corp Fighters: rudder color lets me run as 2 squadrons of 3 or 1 of 4 with 2 recon 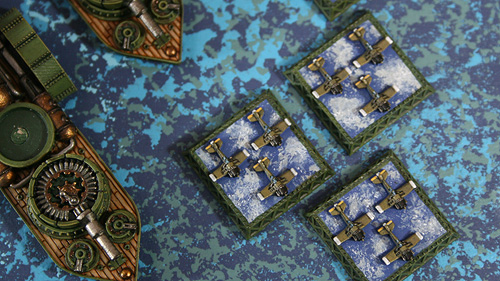 FSA Air Corp Torpedo Bombers: what I typically run these guys as 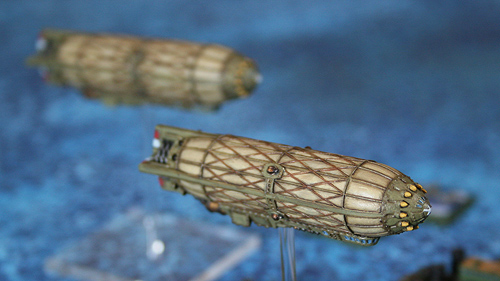 I plan to go back and add free-hand embellishments to all of 'em in the form of FSA and/or squadron identifiers. I just have to figure out how I want to do it first. I've been inspired by several different techniques used on this forum and am having trouble picking which one(s) to use.

I've also begun work on terrain, the start of which you can see beneath the ships. I've got three 2' x 4' sheets of 1/4" MDF done up with the stippled-sponge technique made famous here. Have some test patches of glass-coat curing to see which application method I like the best. This time to tomorrow I expect to have that sorted out and hope to slather the boards in resin over the weekend.

I've also begun testing out a foam cutter and sketching up various islands and sandbars to break things up. My goal is to have a fully-playable Dystopian Wars game board in-house by end of summer. Then I can start back on either an Iron Warriors or Badab War force for Adepticon 2012's Combat Patrol.

June 8, 2011 - 11:48 PM
dadman: year two
Wow. It's been another year. It's wild to think that two little people who've only existed 6% of my life are practically 100% of my reason to live. I wrote a year ago that being a father was "a frustrating, exhilarating, exhausting and insanely rewarding ride." That hasn't changed. Kyla and Lucas have grown so much in the past year, both mentally and physically, that if I wasn't witnessing its rapidity myself, I wouldn't believe it.

To illustrate the point, I've chosen snapshots from each month that represent important life lessons Kyla and Lucas have learned in the past year.

Year 2.05: Always be ready to bail when a woman is behind the wheel.

It's exhilarating to see them interacting with their world in new ways every day to develop and grow into honest-to-God people. While I want to hold on to 'em like this forever, it blows my mind that this time next year we'll be having conversations. I can't wait.

May 20, 2011 - 09:16 AM
where's my feather-duster?
Well, it's May. That means it's once again time to brush the cobwebs off the ol' site and, at the very least, update with the latest 24 Hour Video Race entry from the SmokingCrayolas. It's also posted on YouTube.

We screened against five other films in our division (Hollywood) on Wednesday and were one of three films to advance to the finals. I've seen all our competition and think the top prize is a longshot, but several audience members told me our film was their favorite, so I'm hopeful. Anybody who wants to come out to the Angelika (Dallas) on Monday, May 23 @ 9:30PM and cheer us on is more than welcome to.

In other news, I'll try to get a fatherhood update and a hobby update posted in the next few days. I need a better repository for my model pictures. Trying to figure out if I want to add a "gaming" section to the site, or just subsidize it with its own section under "arts."
June 24, 2010 - 09:42 PM
like father, like son
Someday, he will inherit the mantle "CrayolaSmoker"...